Last week, the government launched its 25 Year Environment Plan, and we intend to cover this important event with a number of posts in the coming weeks.  We begin, appropriately, with the views of NAEE’s President, Prof Justin Dillon of the University of Exeter.

The long-awaited 25-year Environment Plan was launched on January 11 delivering on a Manifesto commitment from both 2015 and 2017.  Has it been worth the wait?

In Chapter 3, ‘Connecting people with the environment to improve health and wellbeing’ we find sections on ‘Helping people improve their health and wellbeing by using green spaces’, ‘Encouraging children to be close to nature, in and out of school’, ‘Greening our towns and cities’ and ‘Making 2019 a Year of Action for the environment’.  Digging further, we get to ‘Helping primary schools create nature-friendly grounds’ and ‘Supporting more pupil contact with local natural spaces’. So much for the bones – what does the flesh look like?

The plan puts a responsibility on the National Park Authorities to double the 60,000 young people a year who they host on school visits.  So that would be 120,000 of the 8.7m pupils in school in England – hardly scratching the surface but at least a recognition of the value of the great outdoors.

Forest schools, which now seem to be part of mainstream education provision, are picked out for their approach which ‘encourages children to explore nature and have a relationship with the outdoors’.  Schools are encouraged to support a closeness with nature by the ‘new science and geography curriculum and qualifications’ which ‘encourage pupils to undertake fieldwork as part of their course of study’.  Farms, both rural and city are recognised for their work with schools.

The Government will be making £10m available to support a range of initiatives such as the Nature Friendly Schools Programme to help more communities in the most disadvantaged areas to ‘create the kind of school grounds that support learning about the natural world and also keep children happy and healthy’.  Another initiative, which isn’t costed in the report, involves making it easier ‘to take pupils on trips to natural spaces on a regular basis where they can combine learning with feeling healthier and happier’.

It’s fair to say that the environment sector hasn’t gone overboard with praise.  Both the RSPB and the Wildlife Trusts noted the lack of any legal underpinning for some of the key initiatives and Craig Bennett, Friends of the Earth’s chief executive, pithily noted that ‘Twenty five years is a long way off – particularly for a government that might not last 25 weeks’.

The 25-year plan seems to miss a fundamental point.  Without a sea change in the quality of environmental education in and out of schools, the admirable goal of a healthier environment is unlikely to come to fruition in 25 or even 50 years.  Schools and their leaders have a key role in influencing public attitudes and empowering students to support the reverse of decades of environmental degradation in both urban and rural areas, but this plan, for all its merits, only plays lip-service to a challenge that must be at the heart of social change in England and, indeed, all of the UK.

Note: As ever with NAEE blogs this post is a personal view, not that of the Association. 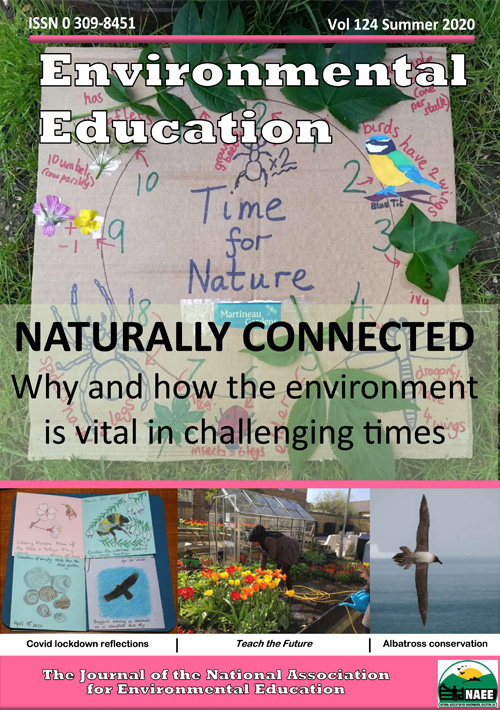