From a Cumbrian Headteacher

Today’s blog is by Graham Frost, headteacher of Robert Ferguson Primary School in Carlisle.  Graham blogs at: cumbriahead.wordpress.com and this post is reproduced here with his permission.  You can follow Graham @GrahamFrost

Educators should give young people knowledge and understanding about climate change, but then allow them to speak out about it.

School leaders have a moral as well as a statutory duty to ensure young people receive a well-rounded education which equips and prepares them for the world they inhabit.  We have a duty to provide them with a knowledge and understanding of that world, with all its problems and challenges.  Therefore, when young people are confronted with the increasingly compelling, authoritative and alarming science of climate change we should not be surprised at all when they demand to know why more is not being done.  Nor should we be surprised when our students, instilled with the “British values” of democracy and freedom of speech declare their intentions to challenge people with political and economic power to take urgent and far-reaching action to avert the rapidly unfolding, global climate catastrophe.

Our duties as educators also include assisting our students to be good at communicating their ideas, politely but persuasively presenting their questions and concerns to those in authority.  We have school councils to educate them in the processes of debate, consultation, surveying of opinion.  When this results in students being motivated to join Greta Thunberg and other school strikers in protests, decrying leaders’ and authorities’ inaction in tackling the root causes of climate change head-on, how do we reconcile this with a school’s responsibility to keep them safe and impress upon them the vital importance of their school attendance?

With this in mind, I was determined to find a middle way, and hit upon the idea of holding the “Cumbria Youth Climate Change Summit”.  A few moments, and a phone call to the University of Cumbria later, we had a date (18th April) and venue (University lecture theatre).  Twenty-nine schools and a home-school network answered the call, with each invited to send two young people to represent the views of their peers in a two-minute presentation, which would be heard by people in authority and the local print and broadcast media.

Attending to hear what the young people had to say were the county councillor with responsibility for environment and the leader of Carlisle City Council; the event also attracted considerable media coverage, particularly since it coincided with a week of protest by Extinction Revolution and further student strikes.  Additionally, pupils from my school had written to Michael Gove, Secretary of State for Environment, Food and Rural Affairs, on 14th March, inviting him to attend the summit himself or send a representative from DEFRA, but to date, we have not received a response.

The summit surpassed my high hopes and expectations.  The children spoke knowledgeably, with conviction and urgency, not only accurately identifying the seriousness and science of climate change but also suggesting what must now happen.  A student from one of the secondary schools invited other delegates to meet during the break to discuss how they could continue to communicate and campaign beyond the event, and since the summit the newly formed Cumbria Youth Climate Change Alliance have been using social media to confer about their next steps.

Delegates were unanimous in their hope to make the summit an annual event, the intention being to hold local politicians and businesses to account, but also to work together in the interim.  The general feeling among the young delegates was that they felt well-informed about environmental science, were agreed that not enough is being done, and requested for school councils and their peers in general to be provided with further guidance about how and to whom they should communicate their demands.  A number of specialist environmental educators were attending as special guest and welcomed the opportunity to support schools and young people going forward.

Educating young people about democracy is a statutory requirement.  As a nation we have very high expectations about educational standards in terms of communication and understanding, discussion and debate, but we should also be facilitating an audience for our increasingly informed and articulate young people.  To equip them with knowledge, but none of the empowerment necessary to act on that knowledge is a dereliction of duty.  What I am proposing here is that educators use their obligations as the key to providing young people with an appropriate audience.

It is easy for the climate change dismisser to shrug and say “It won’t happen in my lifetime!” It is much harder for them to look a child in the eye and say the same, reprehensible words.

Details provided to delegates prior to the event. 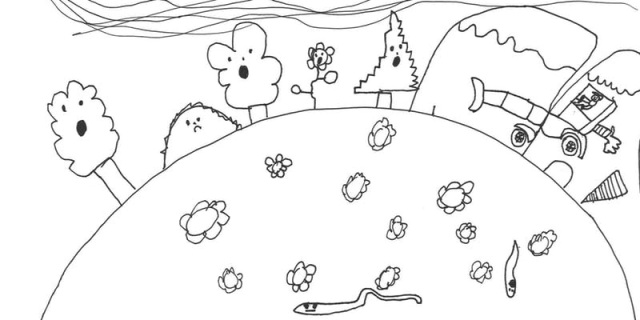